Are your car windows tinted, or are you thinking about tinting them? Tinted windows can provide a number of benefits to car owners, such as:

Millions of drivers around the world enjoy tinted windows because of these and other advantages.

Of course, there are legal limits and restrictions on how dark tinted windows can be. For example, depending on where you live within the United States, you may legally be able to drive with very dark, heavily tinted windows. On the other hand, certain states only allow for lighter, relatively transparent window tinting treatments.

There are several types of car tinting available on the market nowadays. Which option you choose will largely depend on your preferences as a driver, and your state’s specific tinting laws. Types of car window tinting include:

Of course, the majority of cars come with OEM tinting, which is built into the manufacturing process. However, this type of tinting is generally very limited, and doesn’t pack the punch of the above-listed options.

How Dark Can Your Car’s Window Tint Be?

The level of a car window’s tint is measure as a percentage of VLT, which stands for visible light transmission. In other words, 70% net VLT would mean that 70% of visible light can get through both your window and its film tinting.

Sometimes these variations can be quite dramatic for states right next to one another. For instance, Iowa requires that car window tinting is no darker than 70% VLT; however, its neighbor to the south, Missouri, only requires 24% VLT.

To make matters a bit more complicated, there are 2 other factors that determine acceptable VLT levels for your car’s window tinting: vehicle type and window type.

In many states, passengers cars are considered a separate category from SUVs and vans with regards to tinting regulations. Thus, Alabama requires that rear side windows for passenger cars have at least 32% VLT; however, there are no such limits for SUVs or vans.

On the opposite end of the spectrum, Alaskan law does not permit any tinting for rear side windows in SUVs or vans, but does allow for 40% VLT for passenger cars.

When it comes to car window tinting, state laws also distinguish between window types. Here are some examples:

How Can You Find Out About Your State’s Window Tinting Laws?

With so much variation from state to state, how can you quickly find out what’s acceptable where you live? AAA is one great resource, both for tinting laws within the United States as well as Canada. Instamotor has a handy graphic that can help you to quickly locate general VLT requirements for your state. There are also several other sites that keep an up to date database of window tinting requirements for motorists, listed by state.

With a little bit of research, you can easily find out what’s acceptable in your region, and what’s out of bounds. For example, Washington State tinting laws allow for 24% VLT for front side windows, rear side windows, and rear windows alike. Its laws also allow for a 6″ windshield shade band.

It’s important to note that if you need tinted windows darker than your state law permits due to medical reasons, then you should check for legal exceptions to the rule, and also carry a doctor’s note in your car at all times.

As you can tell, there is a wide variance from state to state regarding acceptable levels of car window tinting. Some state laws allow for extremely dark window tinting; others are much stricter in this regard.

Whatever the case may be where you live, car window tinting can be a simple way to fend off harmful solar radiation, make your car look a little bit cooler, and help keep life in the car more private.

Of course, if you decide to get your windows tinted, you’ll want to enlist the help of experienced tinting professionals that not only know all the relevant state laws for your vehicle, but can also deliver high quality work at reasonable pricing. At Ultimate Window Tinting, that describes our team perfectly. If you’d like to learn more about the services we offer, or have any other tinting-related questions, reach out to us today.

The post How Dark Can Your Car’s Window Tint Be? appeared first on Ultimate Window Tinting. 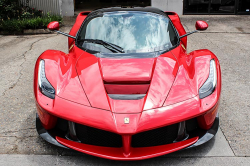 ← Bad Window Tinting Job? Bubbles in Tint? How Can You Fix It
Five Ways UV Radiation Is Damaging Your Car’s Interior →